A couple of Adventurers 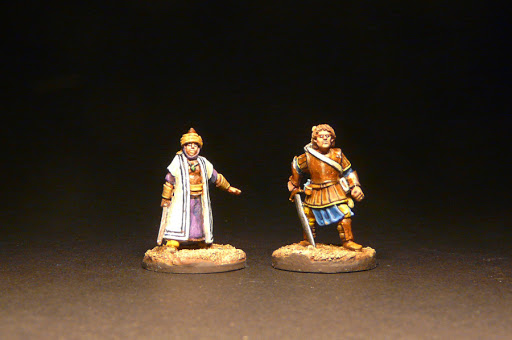 A couple of random figures in the form of two of the Artizan Design Adventurers, which I think they no longer do.
The figures have been sitting in the painting queue three quarters complete for a while and I decided to finish them off and get them out of the queue.
Simple deserty bases for tboth figures, which in hindsight could do with a bit of interest and might add a couple of dry tufts or a small stone or two just to lift them a bit. 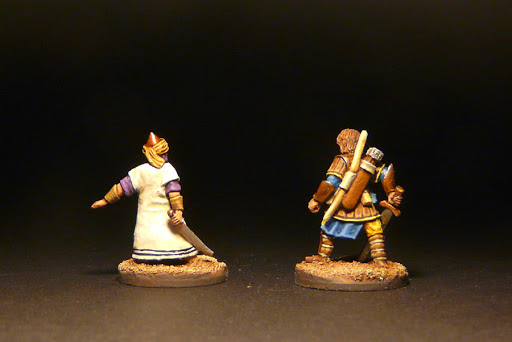 Nice and slightly unusual subjects for adventurers, Artizan didn't do very many and don't think they sold well but have the Artizan look which I like right across their catalogue.
The Middle-eastern moor type is nice but I particularly like the fighter. Not sure why, but makes me think of a Greek/Byzantine type somewhere in Egypt or India doing the Alexander TG thing in far away places.
I've another couple of the adventurers to be done from the pack which are an elf wizard type and a female thief which are both unfussy and generic of their type and will be added to the paint queue in due course.
Posted by Hendrid at 15:54