Last Sunday was the 2019 Varpartnak show in York and once again the FDWC put on a bus for all interested to take a jaunt down to the show and I managed to make it along this year.


The day started early with all picking up the bus at 5:00 am and after a leisurely trip arrived before the doors opened and made it inside fairly quickly to avoid the cold.

A warm welcome was had at the door along with a free figure 'Bjorn the Berserker' as long as stocks lasted.

The usual traders were present and a fair number of games on too but not many participation games which was a shame. The show was pretty busy from the start and became pretty warm and crushing around the middle of the day but this is to be expected so not an issue. There was always somewhere you could escape if you felt the need and plenty of area's for sitting if you wanted especially round the competition game area on the top floor. 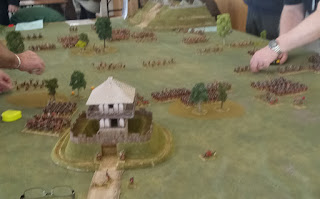 There were a few games on of note but only the big pirate display really caught the eye but this appeared to be static. The Colonial game was anything but and produced much noise and merriment which was good to see. 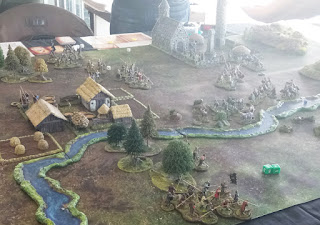 There were several smaller games on the upper level area and a couple of these caught the eye but all pretty much game mat and bought terrain affairs which appear to be the norm nowadays. The bright day outside and large amount of glazing did make things difficult for photo's. I did like the Post-Apocalypse game particularly though. 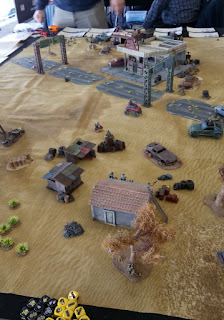 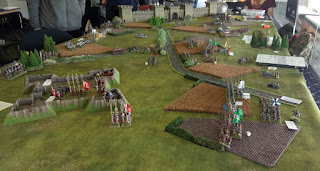 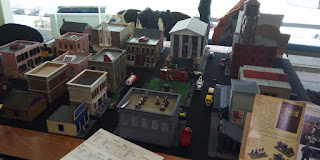 The competition's seemed to be fairly well attended and a couple of the Infinity boards for the comp looked quite nice and interesting to play on. 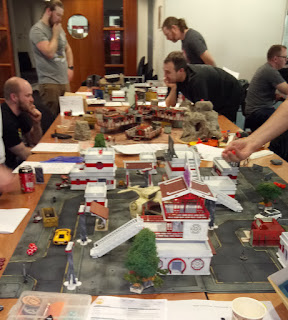 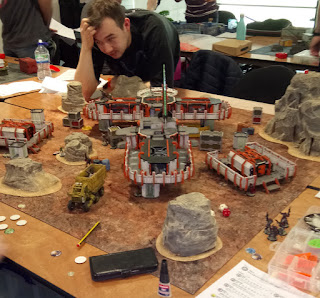 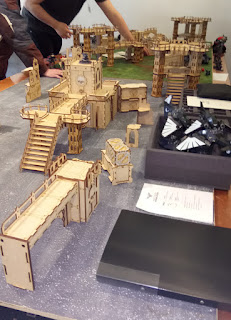 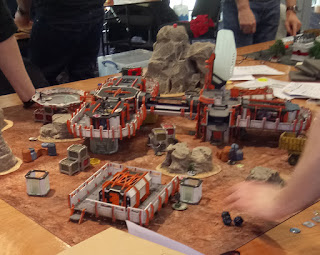 Once everyone had done the rounds and spent all their pennies we all headed back to the bus for 3:00 and headed back up the road. Once again a good day oot but quite a long day, but nice to see York gaming again and no doubt will do it all again next year. Looking forward to the adventure already.
Posted by Hendrid at 00:20 4 comments: