It's been a while since I posted any Italian Wars progress, but the project has been bubbling away in the background, with the lead mountain part increasing steadily and a fair bit of modelling and preparation going on too.

As a treat for my birthday, I was given (without prompting of course) a set of the Perry Stradiot which I have now assembled, based and undercoated, ready for a lick of paint. 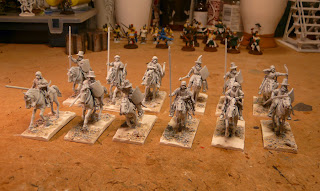 With a mix of the 'traditional' Stradiot and the 'westernised' packs, the unit should look suitably rakish and ready to pillage anyones baggage. 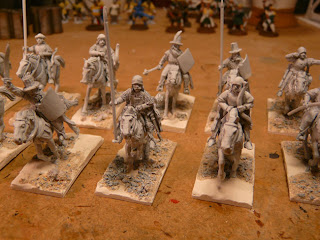 The figures have great character of their own and the 'westernised' pack is crying out for further exploration and conversions. Very nice figures and should look good once painted up.
Posted by Hendrid at 23:51 3 comments:

Sisters of Battle vs Chaos - Not a Battle Report 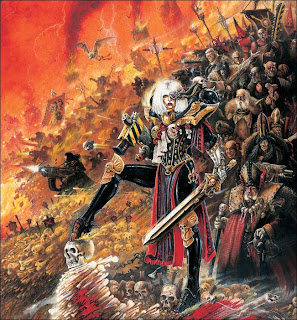 This weeks club game was an arranged game with Dave B and he wanted to have a game of 40K as he'd picked up the new Chaos Army Book and the 8th Edition Rules recently and wanted to give them a try, and as I was keen to see if there were much changes to the rules and I hadn't dusted off my Witch Hunters in years (nee Sisters of Battle) I glady accepted.

It has been a while since either of us had played 40K, and what with trying to use 8th ed army lists that we didn't know and trying to go through the rules to pick up 'changes' (and of course a great deal of time chatting to folk about totally unrelated matters) it took us a while to get the game going.

Once we did 'get going' it surprisingly quickly came back and in rule terms the game is still pretty easy to get to grips with. The difficulty arises where you need to get to know your army and it's abilities.

All told we failed dismally to actual play a wargame and only achieved completing the first turn, hence not bothering to take any photo's since that would probably be cheating. But we still managed to have an enjoyable evening and still managed to throw bucketfuls of dice too.

Having had a short refresher, it did remind me that I thought the 7th Ed Sisters of Battle army list, released in White Dwarf didn't really inspire and that the previous Witch Hunters incarnation was much more interesting.

If nothing else the game has inspired me to add the Penitent Engines onto my painting table queue as they are interesting models.

I'm also quite looking forward to seeing the new 40K Eldar and associated Codex which I believe is coming out next month. It's another of those armies I've collected for years just because I like the models.
Posted by Hendrid at 20:38 2 comments:

Another show over and another pretty successful day all told. The day seemed to be a success despite (or because of) the pretty poor weather and the show, with a greater number of traders and games on offer seemed to pull in a good number on the door.

Once again, I didn't have a big amount of time to go round the show being up in the Painting Competition and Flea Market for most of the day but I did get a quick look round the games on show, and managed to have a good chat with many of the bods I only see at the Scottish Shows.

One thing I did neglect to do this year was, blasphemy of blasphemies, to spend any money on wargame goodies.

Enjoyed the day and there certainly was a good choice of games on offer once again; 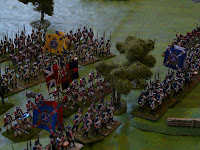 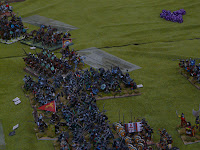 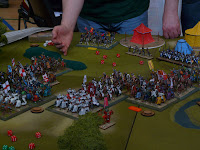 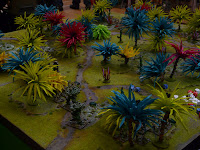 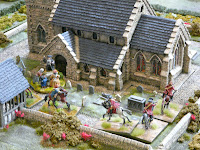 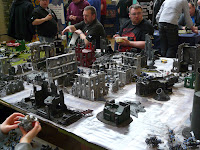 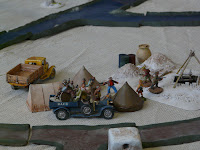 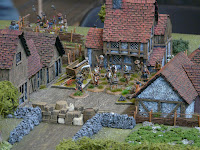 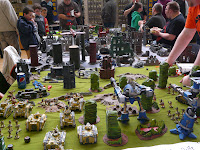 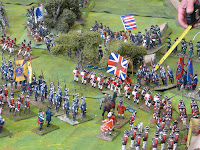 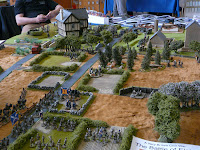 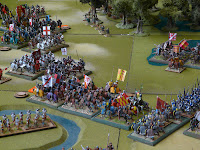 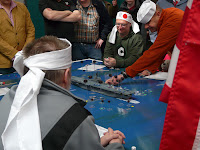 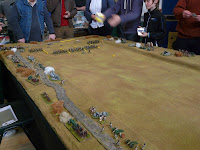 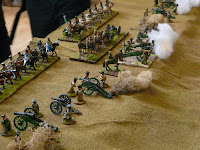 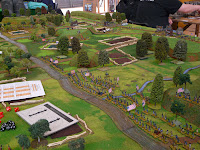 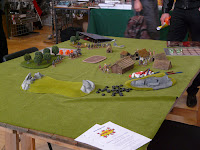 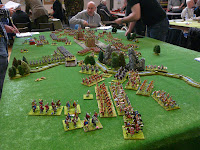 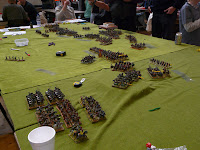 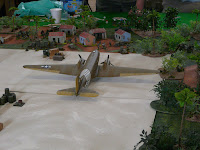 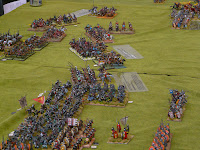 A good mix of games, both Demo and Participation games with a roughly 50/50 split so lots of gaming going on and much shouting of joy and dismay.

The Flea Market did a roaring trade once again and there was even a bit of buying and re-selling going on along with a good bit of haggling, a bit more like an Arab Souke than a flea market all told but everybody happy there and 'much cheapness' was to be had.

The Painting Competition was once again pretty well attended with the number of entries up by 20% or so, which was good to see and the overall level of entries was excellent. My poor efforts entered into the Club Open category failed to get a place, but the winners were all very deserved;

Thanks to the Painting Judges Brendan, Rob and Jim who took some time out their day to do a difficult and thankless task in judging to competition.

Haven't found oout who has won the Best Demo and Participation games yet but will do soon and post the names and blames.

Planning will no doubt start pretty soon for next years show, and though the show has now pretty much reached it's maximum occupancy of 40 traders and 40 games, we'll see if we can continue to add and improve, onwards and upwards.
Posted by Hendrid at 22:06 7 comments: