Don't usually towt for other blogsas a rule but saw this unit being done over the last couple of weeks and now it's complete and thought I'd share.

If you haven't seen James' work, have a look at his blog here, it's well worth it for some marvellous eye candy, mainly sci-fi fantasy but getting into historical. Check it out.
Posted by Hendrid at 03:41 No comments: 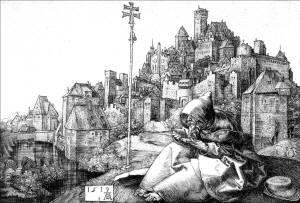 With another year drawing to a close, it's time to look back on the progress and projects that we've been up to in Warblog Towers over 2012 and see how they match up with the planned activities.

It's certainly been an eventful year and one full of change and various goings on within the hobby and out, daughter getting married, getting made redundant and now getting several job offers for the new year, all sorts of visitors (friends, family, and others) from around the world, a few people gone and some new arrivals. The ups and downs have generally kept me away from the hobby a great deal but it's been a blast.

At the beginning of the year I laid out (very roughly) a plan of attack for my hobby activities and this was really the first time that I'd really thought about what I wanted to achieve in the coming twelve months and found the process quite rewarding on several levels.

All in all a pretty poor showing from what I thought at the beginning of the year would be a bumper one in modelling and modelling terms and though I've managed to get more done this year, in terms of overall progress, than the last two years combined, I didn't get as much done as I had hoped.

The reasons for this are many fold and all fairly mundane and the usual life bits that get in the way of all of us wargamers at some point, mine all seemed to come this year from about April onwards, so from that point of view I'm actually quite pleased that I managed to get done what I did.

Though the painting and modelling progress has been disappointing overall, I have had lot's of great gaming through the year and picked up a fair bit of experience along the way too. I've expanded my gaming network in several unexpected ways and now in contact with more people than ever before in the hobby which is fantastic on all sorts of levels. The FDWC has had a very good year and with lots of new and active members there is another good bonus and different thoughts and games and preferences appearing there, the pot pouri that is the club is an even better source of inspiration and chat. All good there.

The real learner from this year (baring the unforeseen life bits) is what I can and should be able to achieve for the next year and so I'm planning the wargaming activities for 2013 with an open (and probably optimistic) mind. Lot's to build on and projects to explore and will be doing a bit of planning over the next few days and see if I can get 2013 off to an even better start.

A little Christmas pressy for myself this year was to try out some MDF bits and bobs from Sarissa Precision, which I've had my eye on for a while.

I ordered them last thursday thinking they'd arrive after Christmas, but in they popped into my letter box on Saturday so really quick service there.

I ordered up three or four movement bases to see how they are and also ordered up a quick 5 for 4 deal, going for some of the low gantry pieces in their fairly extensive range of 'System 8' future terrain pieces; going for a set of steps, two long low gantry sections, a long low bridge section and one of the long canopy pieces.

I've been thinking about doing some walkways and gantry terrain for my Future Wars project and noticed these sets on the Sarissa site and thought they might have been a good starter for 10.

I'm pretty sold on the speed and simplicity of the various MDF terrain manufacturers out there and have tried a few bits from Warbases and the like for more traditional structures, but thought the idea particularly suited the modern/future aesthetic.

Opening up the packets was a pleasant surprise and was met with all the pieces cleanly and accurately cut and all the bits present and correct. I then tried a dry build to see how the bits went together. As you can see from the photo, the assembly was trouble free and as the build is a glue free assembly, pretty robust too.

I'll get the seperate pieces glued up and painted and the bases suitably textured etc though I may add some plastic sheeting on the decks as I think the size of the holes slightly excessive but that is a pretty small gripe and by no means necessary, just my own preference.

All in all, quite pleased with these and will get some more to add a 3rd dimension to the upcoming games and I'll post the results once complete. 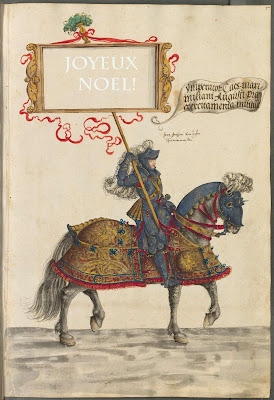 I hope you've all been good boys and girls this year and that that Santa is good to you! Have a good one!

Things have been a bit remiss of late around the Warblog for a couple of weeks and I haven't managed to do much hobby wise in that time.

The reason being that I've been hit by the economic downturn and generally tough situation the building industry finds itself in at the moment, and it looks that I'll be being made redundant in the New Year.

So a time of reflection on the goings on in the real world (Boo! Hiss!) and getting things moving to see what's out there in job land, so obviously wargaming and modelling activity has slowed to a stop up until now.

I've been using a few days off for the last week to catch up on contacts etc and tidying up my CV (and of course decorating...yes dear, nearly finished) which have been an interesting time and brings on a time of reflection, as a time of change often does.

As a general rule, I'm a pretty optimistic kind of guy and see this period as an oppurtunity as much as a potential problem, so as much as it's obviously worrying, it's also quite exciting. With a potential change in jobs and what that will mean, it shakes things up too and may be a change for the better. As some clever guy once said; 'The only constant in the Universe, is change.' So going to embrace the whole experience and see what I can grab.

As part of the reflection thing going on, my thoughts have occasionally drifted to the world of wargaming and my part in it.

With the vague thought that this change may be the catalyst to something new, one of my thoughts was pursuing a hobby related career move. Certainly I have a multitude of talents (he said immodestly) I could pursue here, but would they be enough to make a living. Times are tough for all industries and anything hobby related is under pressure from drops in disposable income in most households, so another kid on the block doing what ever in a probably shrinking market may not be the best move, certainly at the moment.

It's not everybody that can make that transition and make a go of it unless you're producing an innovative product or getting in at the 'right time' with the likes of Brian Ansell, Ian Livingston or Rick Priestly who not only are talented guys, but also persued their careers in wargaming/modelling at a good time. Right place and right time and all that. But an interesting train of thought and a rewarding one too.

The other side of that same coin was that it is my hobby, something I enjoy doing in my free time. If I was to successfully do something hobby related as my means of earning a living it would perhaps cease as being a relaxing past time and therefore what would I do to relax?

I've started looking to get some progress done on my ongoing projects, and with the end of the year looming (and the usual end of year reflections merging with the rest), and the general lack of progress on many of these looking large, I've also been thinking about my eclectic approach to my hobby activity and wondering if I was to be more faithful to one project or another then I might get more done.

In the end I think I've decided to progress as I've always done in this area, go with the flow and do what I'm enjoying at the time and see what transpires. A bit 'lese fer' but it works for me, at least most of the time.

No doubt I'll do a post come the end of the year as is traditional, and look back on the past years activities and look forward to what's planned for the coming year, but that may be a little coloured with recent events but be rest assured it will involve toy soldiers and polystyrene.

Oh, and sorry to anyone who has had a look at the blog looking for something related to the impending 'end of the world' at the end of the current solar cycle and has instead found my ramblings on the state of the ecomomy and wargaming. My tu'pence worth there is that I think that the end of time may be a bit of a way off yet, there's still way too many rule sets to try before that happens.
Posted by Hendrid at 18:13 2 comments: