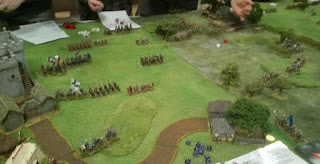 Last weekend saw my first wargaming outing of the year in the form of attending a Medieval wargaming day organised by messrs David Imrie and Ian Beal over in Leven.


There were twelve participants in the first game if the day which was a six a-side barney using the Lion Rampant rules. The terrain and setting provided by David along with a good dollop of the troops with some of the others bringing along a goodly amount of re-enforcement's.


The battle was a grand affair and lasted slightly longer than planned but I think the Lancastrian's getting the advantage by the end the game overall. 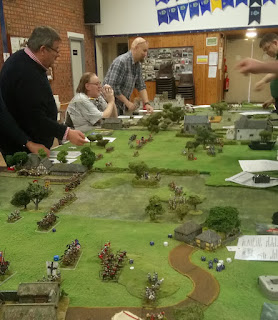 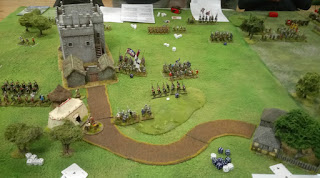 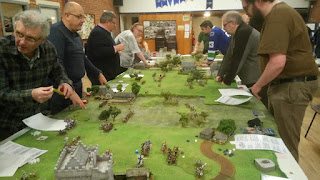 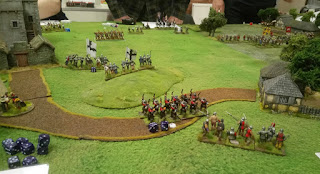 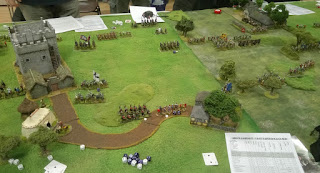 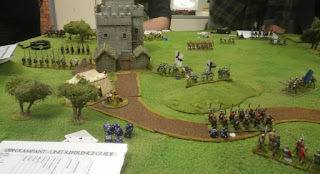 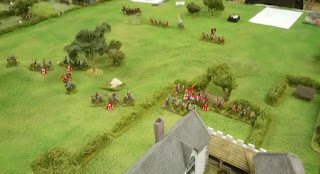 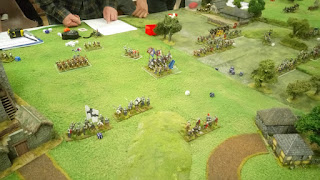 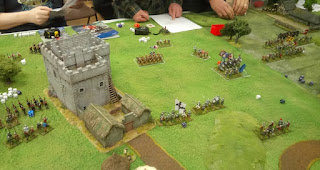 The second game of the day was aa slay of three tag team games with everyone teaming up with their previous opponent against another tag team with a 25pt a piece force made up of troops you had available again using the Lion Rampant Rules. 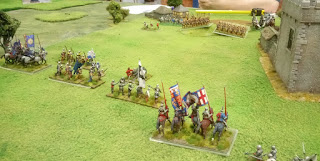 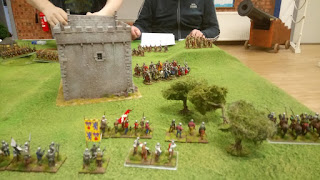 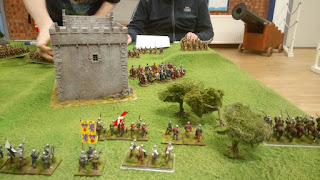 This game played a bit quicker as was to be expected and my team mate and I fought to a defeat by a narrow margin.


Great day out and thanks to David and Ian for organising the day. Looking forward to the next one.
Posted by Hendrid at 22:59 3 comments: