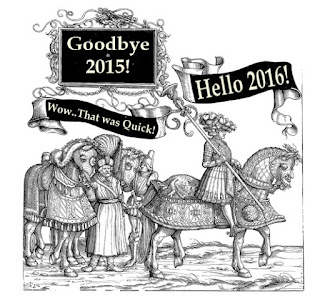 Well, here we are again and another year draws to a close with not a dish washed and the rubbish still hasn't been put out yet.

I don't know about yourselves out there but 2015 has been an extraordinarily quick year for me with the year end looming I feel that it should just be about mid August at the latest.

Like most people my year has had a few ups and downs with the biggest down being that I got made redundant again in the latter half of the year (lucky white heather) and it took a few weeks to get a new position. That I can say was the quickest part of the year as the time unemployed flew in with breathtaking speed. I'm sure a morale there...somewhere.

My gaming activities have been a bit sparce this year for one reason or another with easily the least gaming (tabletop at any rate) being done for a good few years. I have been distracted by other things as a poor excuse for this, but largely online gaming and Fallout 4 being the main culprits to an easy fix of evening entertainment especially towards the second half of the year. Mia Culpa!

The Necromunda campaign was run to it's conclusion with the last game of the campaign easily the most enjoyable with a multiplayer no holds barred free for all being lots of fun. No plans for another Necromunda campaign soon though. The Dux B campaign has been a slow burner with the participants only up to about July with my game for that month still to be arranged. Fairly enjoyed the games so far but I feel the rules are overall a wee bit too random with most of the games I've played or witnessed being already decided before the figures start moving due to random deployment or lateness of reaction etc, still they make for a fun bit of colour for the period.

Really the only other gaming has been a couple of trial games of Frostgrave which have been fun and would like to get some more games in soon.

On the painting progress front I've not really been in the zone for getting a lot done over the last year and certainly short of my looked for target but when I got painting done I have enjoyed it and liked the results so happy with that and not going to get hung up on needing to get more painting done (which I do).

Where my hobby mojo has been hanging out generally this year has been on the terrain and modelling front, much of it in an experimental way. Some of this has been successful, much of it not however, but enjoying the ride. A lot of this attention has been on the planned 'card-stock' modelling and where a lot of the failures have been particularly on trying to make up terrain tiles, which although look the part once done don't sit well despite much efforts to get them to lie perfectly flat, don't. So a new tack is going to be taken here to get some new gaming boards done in the coming year.

Next year, who knows what the wind will bring but no doubt it will involve gaming and modelling in a large degree, but I feel I need a gaming cause to fire me up with enthusiasm and get involved in a single project to get the fires burning again. Watch this space for updates real soon.

Hope all have had a good year up to now and that the coming one is full of games and new toys to play with and I'll see all in 2016.

More Medieval French goodness recently available from Claymore Castings are these French (or allied) Pavasiers. Aimed at the later half of 14th Century period they could at a pinch, creep into very early 15th Cent for the more lowly types 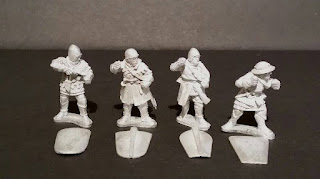 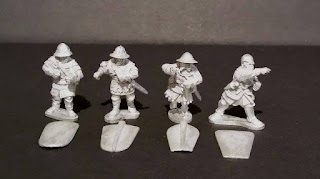 Good additions to the range of French types available from Claymore Casting which also include 3 packs of Crossbow.
Posted by Hendrid at 12:55 No comments: 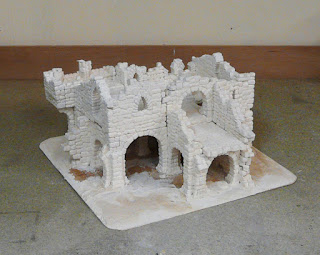 With a recent bit of extra spare time recently, I have finally gotten around to getting a bit of progress on the next terrain piece for my ongoing Abbey Project and have managed to complete the primary build on the upper floor of the Gatehouse piece which had stalled for a fair time. 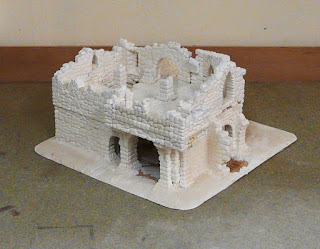 Now with only a bit of detailing to finish off and to add some rubble, the piece will be able to get painted up and foliage added to get this piece finished off. That will complete the west range and I will move onto the ruined remains of the chapel and sacristy once this part is complete. 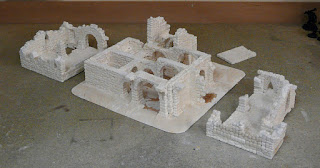 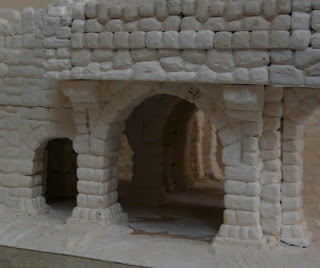