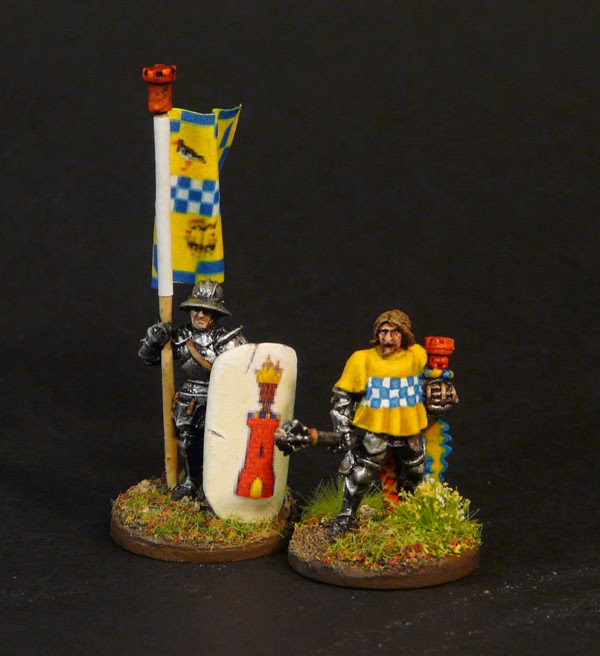 Another couple of figures finished off to go with my mounting number of medieval skirmish types, this time in the form of the fictitious Sir Roderick Stewart of Callander (ie me :-) ) and his trusty retainer.

The knight is of course a Copplestone character figure, which originally gave me the idea of the character, due to his head gear sporting a tower device.

The Coat of Arms on the standard and the badge device on the pavaise are of my own Coat of Arms, which I quite fancied putting on a figure just to get myself on the table as it were. The standard is really to large to go with my lowly standing and I would be in trouble with the Lord Lyon if I appeared on the field with a four foot standard but hey, if all the big-wigs can get in on trying to show of with a bigger banner than they were allowed, so can I. 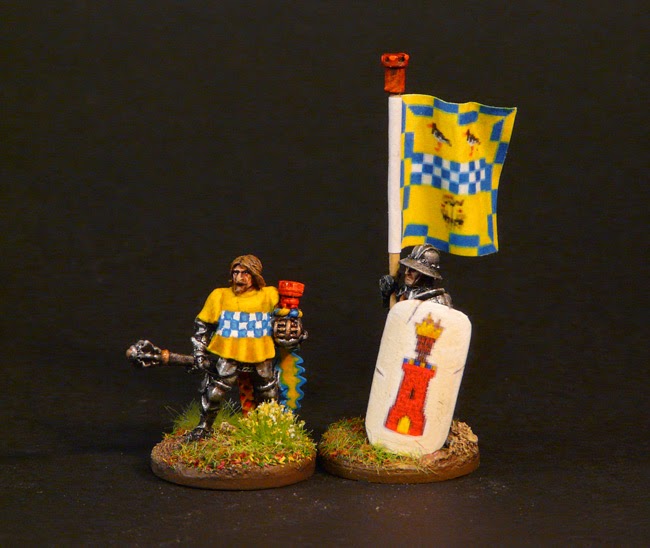 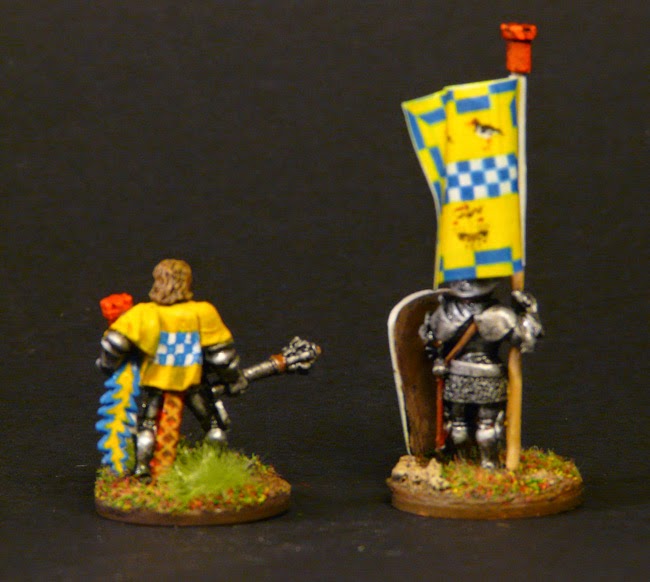 I might re-do the standard as it has come out a bit fuzzy and could do with jazzing up a bit, but it will suffice for now.

First completed figure output of this year comes in the form of some more Copplestone Medieval skirmish types to add to the growing throng. 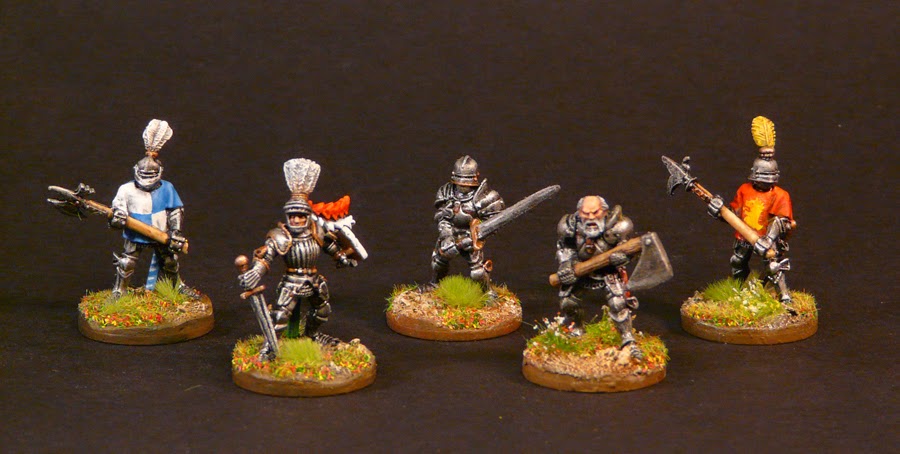 Nice and easy to paint up, I do like the slightly exaggerated look of this range of figures. They've been around for a fair while but still available, I only wish there were more in the range, but still enough to keep things busy.

Still got a couple to finish off on the painting queue which I should finish shortly, in the shape of a couple of more characters for a bit of fun which I'll post up soon.
Posted by Hendrid at 23:01 3 comments:

With the New Year well under way now and all the cobwebs of the festive season well and truly blown away with return to the grindstone, I have been looking at what the year ahead hopefully holds in store for my gaming life in 2015.


Putting these thoughts down in writing and sharing them to the 'Great Blogosphere' seems to help formulate the plan and then fix it in the mind's eye, and is still quite therapeutic and interesting in itself. As most of you out there will no doubt agree, that half the fun of gaming, is in the planning and anticipation of what is to come as much as the actual events. 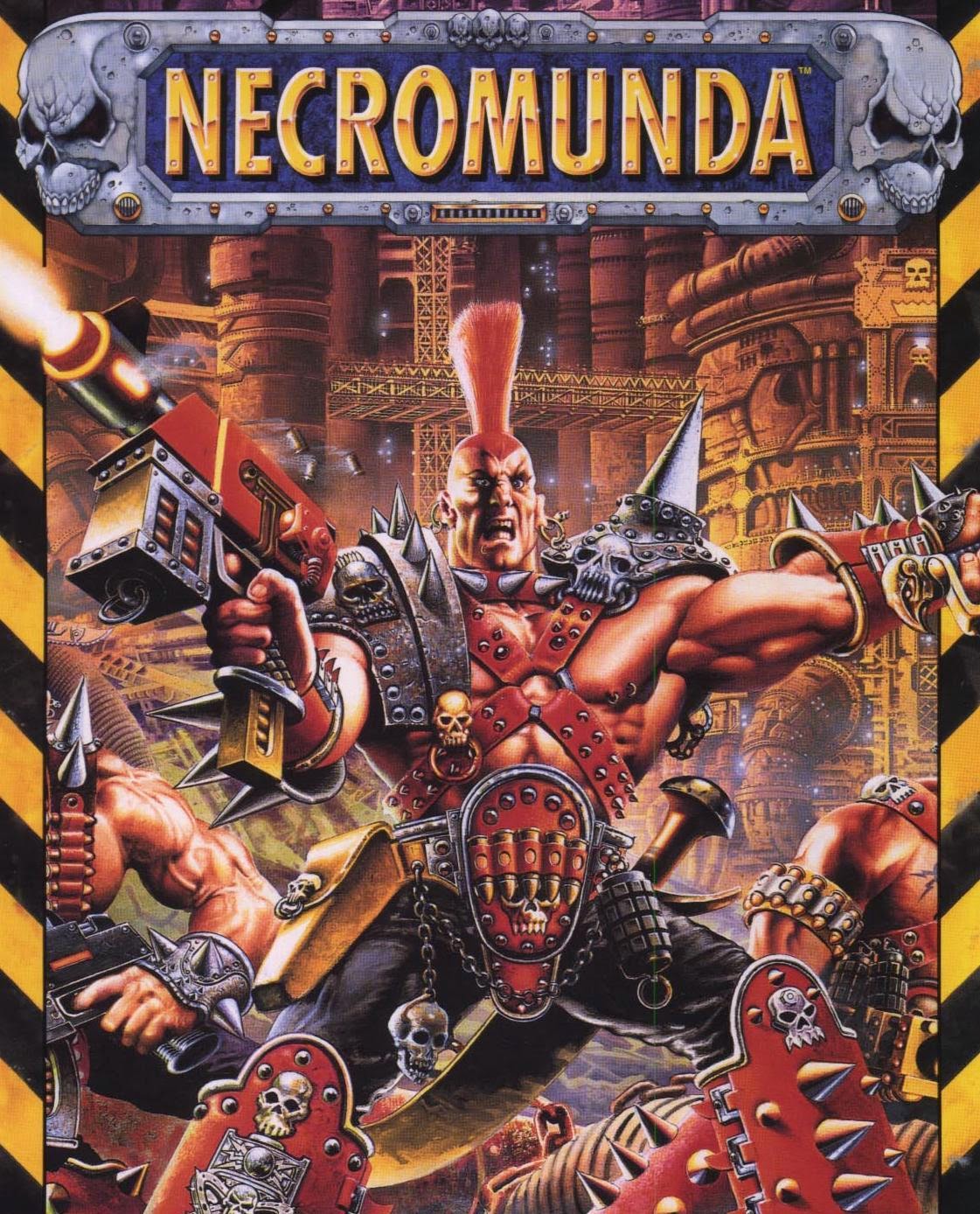 This year I am really continuing on from last years' successes and efforts with the main thrust of actual gaming is going to be in the Skirmish vain. This will encompass on going campaign's in the form of the Necromunda Campaign currently underway at the FDWC which has been a slow burner so far but is beginning to build into something quite interesting as the various gang's gain character and ability and with 12 players involved is proving quite varied already.

A new campaign due to start in the Spring is of a Dux Britanniarum campaign with myself playing as one of the Scotti raiders, so a band of Scots is on the cards for painting and modelling in the coming couple of months. I'm looking forward to both the the campaign and the modelling for this, with a couple of ideas already forming in the murky depths for modelling opportunities, I expect a small output of dark age themed terrain bits on the horizon to try out my sculpting skills.

The other drive over the coming year in this vain is to get some games in with my Future Wars project which has shaped up quite nicely with the Earth defenders about done and the Enemy only needing a few more of their number completed to get a good game on the table.

The final one in the group of skirmishing is to get a few more games of ye olde medieval games in here. I continue to slowly add to my collection of late medieval skirmish types and will perhaps put together a small linked series of games to tell a good old tale of yore to add to the fun. This will need a bit of development but that will be part of the fun there.

I have been tempted by the excellent 'In Her Majesty's Name' rules which I reviewed recently, and I am thinking of getting involved perhaps in a small way in the Great Game/Steampunk/Victoriana thang and I am toying with the idea of a Prussian-esque band but we'll see how time goes with that one.

The slow burner's that are my Army Projects will continue in the background and in no particular order, the coming year will feature; 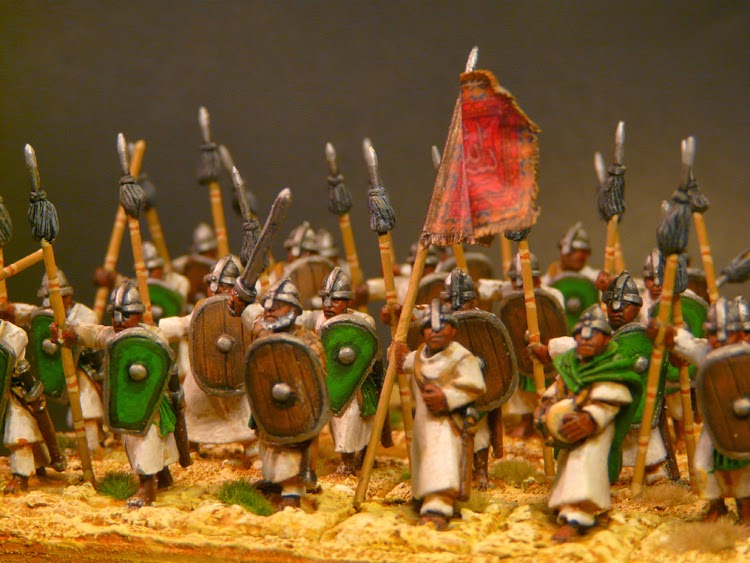 Almohad Berber Army - This army is still up there on my list and with a few steps forward taken last year I'm still very keen on seeing this army to fruition. I've something around nine units prep'd and ready to paint and an another currently on the painting table this one will definitely see some noticeable progress in the coming months. 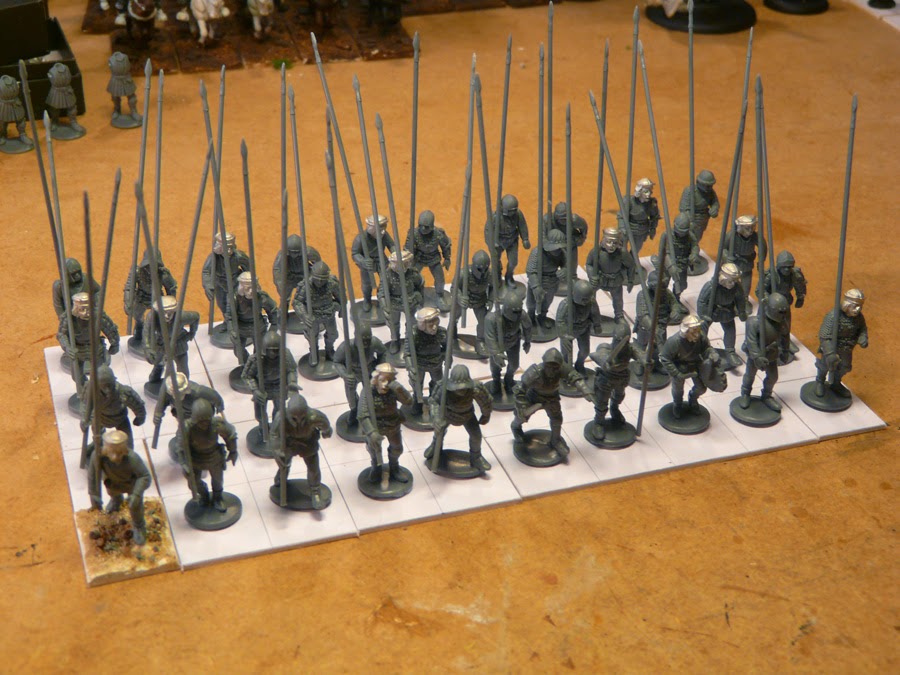 Italian Wars French - Really no progress on this one last year, but as one of my first interests in wargaming I would like to see a small amount of progress on the army as the only bits done recently were in the form of some terrain bits here. A realistic target however given the other themes, will be to get a couple of the units already WIP to completion, so that's the goal here.

Hungarian Black Army - Again, only minor progress on this last year and no real plans for gaming with this one this year I do have a unit or two in my sights to get painted up, really just because I want to and for no other reason. An army I really like the look of, I think I need a motivation of move this one up the rankings of importance before this is likey to shift up a gear. 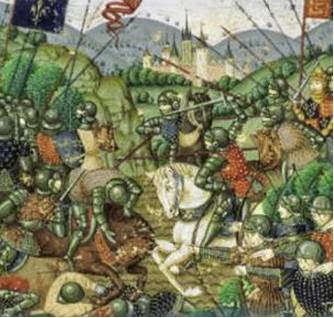 Scots Army in France - A project and a topic close to my heart, this one has been through a lot more planning than is usual for my gaming output (perhaps too much? ) and the plan is still online and in the pipe 5 by 5 so far, with the force assembling as we speak as a small foray into the Loire Valley and I aim to get this force completed before adding reinforcements later in the year. Some of the latest and soon to be released Perry box sets should aid here along with a decent helping of Claymore Castings. Again

Last year I re-set my sights for my painting target, as in previous years my aim had been much too high and too specific, and this seemed to be not far off what I can commit too as I was there or there abouts with the number, slightly missed by the fact I concentrated on getting more terrain done towards the end of the year. So I'm setting my target at the same 300 completed models, which I hope to exceed but I'll not get too carried away just yet.

Speaking of terrain, I have several bits in construction stage and I'll continue with these including my Abbey Project which I am really enjoying doing but it is taking a lot longer than envisaged though I did get done last year what I had aimed for (or very nearly anyway). It did strike me that we seemed to spend more time making terrain for games than we do actually playing wargames, so perhaps this hobby is actually mis-named? I do get a kick from successfully completed a good piece of terrain in itself so no worries there. Skirmishing gaming to be successful needs LOTS of terrain and I like a skirmish table to be eye-candy if possible so I aim to be producing lots of small scatter terrain bits over the year.

I still continue my search for my ideal Fantasy rule set and will continue my quest until the lost relic has been returned to its rightful place, but I fear it may be a long and painful quest. A couple more rule sets were tried over the last 12 months and no doubt a few more will be tried in the coming 12-month. Ever hopeful that I'll find one that isn't silly or power hungry or just plain broken.

The last part of my gaming jigsaw for the coming year is continuing my solo fantasy campaign. I did manage to get the resources finalised and updated and detailed the campaign maps last year so another success from 2014 and after a long and relatively uneventful campaign winter things are beginning to unravell quite nicely and is beginning to present a few interesting gaming oppurtunities which I will no doubt report on as they happen over on The Lornian Chronicles.

Another full year on the cards and with much gaming and things to keep me gainfully occupied and I'm already looking forward to much planning and scheming ahead. A plan indeed.
Posted by Hendrid at 22:44 4 comments: 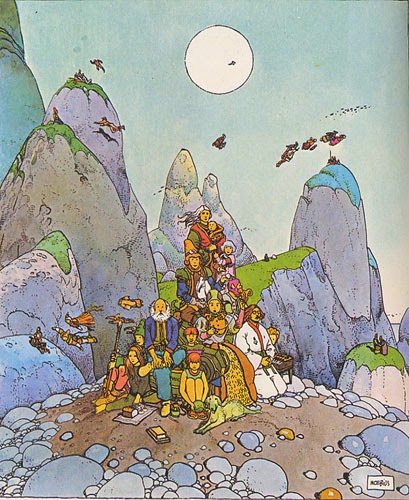 Wishing all out there a Healthy, Wealthy and Prosperous 2015.
Posted by Hendrid at 23:10 1 comment: